Discover Bulacan: Land of the Heroes

Bulacan is a beautiful province in the Philippines, located in Central Luzon, designated as Region III. It has 21 municipalities and three-component cities (Malolos the provincial capital, Meycauayan, and San Jose del Monte). Bordering it are the provinces of Pampanga to the west, Nueva Ecija to the north, Aurora and Quezon to the east, and Metro Manila and Rizal to the south. Bulacan also lies on the north-eastern shore of Manila Bay.

The people from this province are called Bulakenyo or Bulakenya. The majority are still Tagalog-speaking folks known for their unique Tagalog accent. Tagalog or formally referred to as Filipino is the national language of the Philippines.

Jeepneys and Tricycles are still common modes of transportation in and around the province. There’s an ongoing construction of the Tutuban-Malolos phase of the Philippine National Railways (PNR) North-South Railway. The project is expected to be completed by the last quarter of 2021 according to the Department of Transportation (DOTr). Aside from that, the country’s biggest international airport is set to be constructed here in Bulacan. These projects will surely boost local tourism and the economy once done in the near future.

People here are quite religious as evident in several historical churches around. Here are the top ten famous Catholic churches in Bulacan:

Aside from these churches, Bulacan is also the home of Ciudad de Victoria, of the Iglesia Ni Cristo (INC) church. This is where you’ll find the world’s largest indoor arena called The Philippine Arena. It is a multipurpose indoor arena with a maximum seating capacity of 55,000. The arena holds not only major church gatherings of the Iglesia ni Cristo but also operates as a multi-use sports and concert venue, capable of holding a range of events from boxing and basketball to live music performances.

Bulacan is popular with its variety of rice cakes or “kakanin” for dessert. Make sure you try their cassava/rice cakes, puto, kutsinta, kalamay, suman, sapin-sapin and many more. Among the well-known manufactured sweet goods in the province are pastillas de leche, pastillas de yema, pastillas de ube, macapuno/ube balls, minasa, inipit and ensaymada Malolos. Don’t forget Chicharon and Bucheron. As you know it, Chicharon is made from the deep-fried pork belly or pork rinds while bucheron is made from deep-fried chicken craw (butse), a part of the esophagus where freshly swallowed food is temporarily stored for later digestion. It is best paired with sukang Paombong (a vinegar made from nipa palm sap or “sasa”).

Bulacan is blessed with nature parks and tourist landmarks where adventure-seekers can explore and take Instagramable pictures. Here are twelve places to visit in Bulacan:

Visit Bulacan and immerse yourself with the rich history, culture, the people, and the unique vibe of the province.

barasoain biak na bato Bulacan eurobake region 3 region III
Discover Bulacan: Land of the Heroes2020-03-212020-04-01http://www.bulakenyo.ph/wp-content/uploads/2016/09/preloader-bulakenyo.pngBulakenyo.phhttps://www.bulakenyo.ph/wp-content/uploads/2020/03/biak.jpg200px200px
About
OJ Maño
He is a food lover and a junkie of OPM. He is into techy stuff and gadgets, loves to travel, run, bike, swim, and play hoops. Invite him to go fishing anytime.
Showing 2 comments
pingbacks / trackbacks 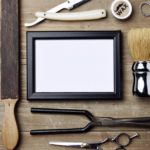 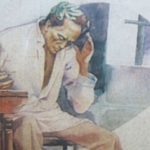