Your Malolos experience would not be complete without a quick ride on a ‘Karatig’ (Tagalog for a nearby place) jeepney.  The Karatig Jeepney is so-named as it is an inter-city public transportation that is both commuter- and budget-friendly. 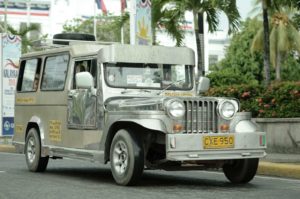 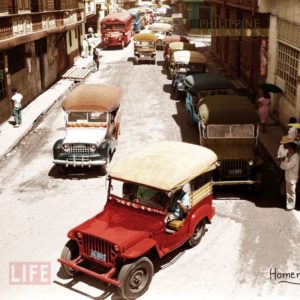 The Karatig jeepney is the smaller version of the jeepneys that ply the roads everywhere else in the Philippines.  For the less familiar, the jeepney is a popular mode of transportation in the Philippines, and is a product of Filipino innovation on the surplus of vehicles left by the Americans after World War II.  What it sacrifices for in size, it makes up for the ease in maneuverability around the city and speed of boarding and alighting of passengers.

A typical Karatig jeepney is about 3-meters long, and can board 8-10 commuters at the back plus 2 passengers in the front seat.  Longer models can accommodate about 10-12.  Its capacity varies according to the jeep’s length and size.  It has enough headroom, seating width and depth space for the average Pinoy height and weight.  Taller folks, as well as people on the heavy side, are advised to take the passenger seat right next to the driver, as it normally has more leg room.  Otherwise, they will find riding Karatig jeep uncomfortable due to its compact interiors. 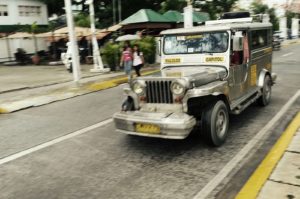 Commuter comfort and safety are taken lightly but nevertheless, Maloleños love the Karatig.  These “cute little jeepneys” have been plying the Malolos roads since the 1950’s, according to my grandfather who rode them frequently during the time when he was still attending high school at the Immaculata Academy of Malolos (IAM), now Holy Spirit Academy of Malolos (HSAM).

The iconic Karatig jeepney may not be ergonomic nor fuel-efficient by our modern standards for transportation, but it’s definitely a showcase of Filipino ingenuity coupled with its rich history and nostalgia that makes this a standout trademark of the city.

Thank you Dee Gonzales for sharing your Karatig pictures with Bulakenyo.ph 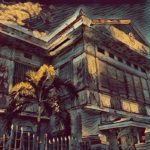 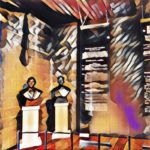