BARASOAIN CHURCH: The Site of the First Philippine Republic 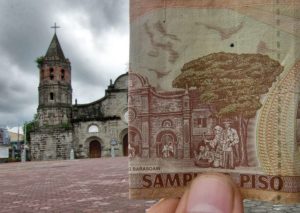 When we were kids, we scrutinized the back of our ten-peso bills hoping to find the cat supposedly hidden in the printed outline of the Barasoain Church.  It has been more than 15 years since then and the ten-peso bill has been phased out, so a visit to the church was due.  I was finally able to see the infamous church in person on a very hot Saturday one June weekend, at the urging of my friends.  Upon arriving, we were told there was no cat!  But not to worry, because the structure had a very remarkable history to make up for it.

The Barasoain Church was originally founded by Augustinian Missionaries, and built for the Roman Catholic masses in Malolos, Bulacan during the mid-1500s to early-1600s.  It was well-known for its intricate architecture and adornments.  However, it was burned down at the height of the Philippine Revolution in the 1800s.  It was renovated, but its haunting beauty still remained.  Throughout the years, it has served as a venue for various occasions.  The most notable are these three major national events: (1) the First Philippine Congress; (2) the drafting of the Malolos Constitution in 1899; and (3) the inauguration of two Philippine Presidents: General Emilio Aguinaldo, President of the First Republic, and President Joseph Estrada, the 13th President of the Republic of the Philippines.

Only two presidents have been inaugurated in the church so far: General Emilio Aguinaldo in 1899, and former president Joseph Estrada in 1998.  Interestingly, both presidents were unable to finish their term: the former due to captivity during the Philippine-American war; and the latter because he was impeached during the EDSA People Power II Revolution.

Former President Ferdinand Marcos declared the Barasoain Church a National Shrine, as per his Presidential Decree No. 260 in 1973.

The Barasoain Museum, an interactive gallery beside the church, houses historical and cultural artifacts from the 1800s, and more.  There are documents and memorabilia from the aforementioned historical events.  The most remarkable ones are a glass engraving of the newspaper El Heraldo de la Revolution (Herald of the Revolution) and an exhibit of the Philippine Constitution.  The National Historical Commission (NHC) formally opened the upgraded Barasoain Historical Landmark and Museum on Saturday during the 114th commemoration of the Malolos Congress.  There is now a Light and Sound Show (which you can read about THE POWER OF TECHNOLOGY: Barasoain Museum Experience Transformed).  The church grounds also is often the venue of several cultural shows and feasts that culminate colorful parades through historical Paseo del Congreso.

The Barasoain Church is located along Paseo del Congreso, at the corner of Republica Street in the City of Malolos, Bulacan.  It is about 42 kilometers away from Metro Manila.  Depending on the traffic, it takes more or less two hours to get to the church from the Metro.  It may seem like a long drive, but the experience is worth it.

Thank you Dee Gonzales for sharing your wonderful Barasoain images to Bulakenyo.ph

BARASOAIN CHURCH: The Site of the First Philippine Republic2018-05-022018-05-03http://www.bulakenyo.ph/wp-content/uploads/2016/09/preloader-bulakenyo.pngBulakenyo.phhttps://www.bulakenyo.ph/wp-content/uploads/2016/08/imageedit_25_9911324597.jpg200px200px
About
Shekinah Angiwan
She is a cat-loving, tree-hugging, mood swinging, obsessive-compulsive, insomniac, bookworm, lagalag, and mountaineer. Shekinah [she-KA-y-na] means “the glory of God” in Hebrew.Aside from writing, she likes to doodle as well as fiddle with digital art. She is also a member of the UP Baguio Mountaineers, one of the best environmental organizations ever. Anyone can join! Check out her blog at A Wandering Cat. Connect with her on facebook, instagram & linkedin. 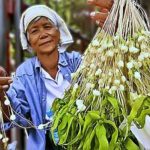 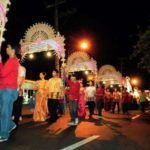